Across the world we are seeing a rise in individualism. This might feel like a recent phenomenon, driven by millennials, the ultimate ‘me generation’, yet in reality individualism has been on the rise globally for several generations, with recent figures putting growth in individualistic practices at around 12% worldwide since 1960 (Santos and Grossman, 2017).

Indonesia is a strongly religious society, with a Muslim-majority and inherent conservatism. Affiliation and togetherness are important, expressed in the shared values of ‘Gotong Royong’ (mutual cooperation) and ‘Bhinekka Tunggal Ika’ (unity in diversity).

Our quantitative survey with 1000 Indonesians identified that individualistic beliefs at a societal level, such as freedom to express ones’ opinions and to choose ones’ path in life, are shared by Indonesians of all ages, but when it comes to choosing brands, products and services, a very different picture emerges across the generations.

Enabling self-expression via consumption choices was found to be important to 42% of Indonesian Gen Z, as compared with only 26% of Indonesian Millennials. In contrast choosing brands that have a positive social impact is important to 37% of Gen Z vs 58% Millennials in Indonesia. The survey data supports the view that Indonesians, as other cultures, are becoming increasingly individualistic with Gen Z leading the charge, but it doesn’t help us understand what this individualism means to young Indonesians and the impact of the generational differences.

To add this cultural context we enlisted the help of our Illume Guides – culturally savvy, leading-edge consumers in local markets around the world. They represent a wide range of personal passions and are amongst the first to adopt the latest trends.

Individualism from Citra, one of our Indonesian Illume Guides

Whether it’s getting tattoos or listening to punk music, experimentation by the younger generations is causing tensions between those keen to embrace liberalism, and those intent on preserving the accepted Indonesian society. Torn between their own progressive ideals and the expectation of family and communities, Indonesia’s youth are exploring self-expression in a considered, measured manner.

Key to this strategic balancing act is the use of social media. Different platforms satisfy different needs, allowing Indonesians to fulfil multiple social roles (family, religion, work or study) while continually spinning several identity plates at once. For example, Facebook is the place to keep in touch with parents and older relations. Here, posts and content should be ‘clean’ and present you in a positive light, keeping the family happy. Conversely, Instagram is used as a space to express more intimate details of personal thoughts and feelings with close friends who have similar views – without fear of judgement. On YouTube Gen Z share satirical videos from vloggers such as The Cameo Project and Skinnyindonesian24, who encourage thought on topics ranging from gender stereotypes to political elections.

Independence and self-expression come from the ability to choose what’s valuable to you. In Indonesia self-expression is also about having the bravery to challenge outdated opinions, whilst still balancing this with respect for others in order maintain good relationships. This means self-expression is more subtle in Indonesia, as there needs to be a balance between having individual opinions, without disrupting your wider networks.

One way young Indonesians are expressing themselves is through customising and personalising existing traditions. This doesn’t mean they are running away from traditional values or religious practises; but rather they’re choosing the way in which they choose to celebrate them. An example of this is designer Ria Miranda, who produces culturally appropriate clothing with a modern twist. Her designs encourage religious Indonesians to embrace new colours and designs whilst still adhering to their religion

The survey data might point to significant inter-generational shifts around individualism, but leading a peaceful life is the priority for Indonesians. With approval from the old just as important as discovery of the new, young Indonesians are seeking safe spaces in which to explore their own sense of self without disturbing the balance. 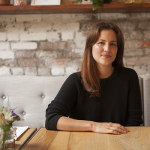