The Evolution of Happiness: Trust

In the final article of this series, we consider trust and the consumer need for credibility from brands – especially when faced with choice, or when making decisions. We explore how the information age has tipped power away from organisations into the hands of the consumer, and placed brands under the spotlight heightening the importance of filtered, relevant, and reliable information.

By 2014 with the rapid adoption of smartphones, increasingly free Wi-Fi and reliable 3G, consumers began to expect access to information anytime, anywhere and in real-time. This subsequently created an exciting opportunity for brands in the conception of big data, and the ability to not only follow consumer behaviour across multiple channels, but to personalise their services to individuals.

In an increasingly globalised world where consumers had begun to feel like just another number, recognition from brands of customers as individuals was ever more craved. And it was useful too – with growing volumes of choice and frustration at having to re-enter the same details time and time again, digital personalisation was convenient. Netflix curated the viewing habits of millions, while personal shopping service Thread’s blend of professional human stylists and intelligent algorithms bolstered the wardrobes of British men with bespoke outfit inspiration.

At this time, credibility was earned by brands which demonstrated genuine understanding of people and helped them make a choice – through recognising, communicating with, and rewarding them as individuals.

By 2016 consumers were finding themselves slaves to the machine. A constant slew of notifications, push messages, emails, and pop-ups had lowered tolerance to marketing messages, and ad blockers soared in popularity.

At the same time, algorithms which had been designed to help navigate overwhelming choice merely penned people into filter bubbles, and fake news was rife. Trust in what we were reading online was faltering as journalism scandals circled Brexit and the US election, culminating in ‘post-truth’ being crowned as 2016’s word of the year. Trust hung in the balance.

Technology had undoubtedly brought many benefits, but there were still some areas where it left us cold, missing out, or in need of a human touch. Whether it was putting together the ideal holiday itinerary or curating the perfect playlist, we were rediscovering the value of knowledgeable humans, influencers and ‘people like me’. Human experts helped us to wade through the noise, understand our specific wants and needs, and solve personal puzzles. Travellers flocked back to agents, influencers with small but engaged audiences were hot property, and Christmas shoppers entrusted Selfridge’s adept gift-giving Elfridges. Credibility was brought about through expertise, one to one personalisation, and combining data with the human knack for serendipity and discovery.

After years of disheartenment fuelled by economic uncertainty, political gridlock and business scandals, consumers became sceptical of organisations. But emerging from the dust of 2016, that sceptical eye has now turned to the media, to ‘experts’, and even each other.

We can be presented with what looks like truth, but now it’s the credibility of that information which is important. Reviews – are they accurate? The news – are facts checked? The people seemingly like me on social media – are they genuine? We’re withdrawing from this ambiguity in favour of genuine experts, closer networks on ‘dark social’, and face to face recommendation.

Speaking to our Illume Network (our community of leading-edge consumers), it seems trust is now about drawing upon close relationships and having one-to-one conversations on a human level, saving time searching and checking information whilst being sure of its reliability. There are opportunities for brands that can prove themselves as authentic experts and credible sources of information we can trust. 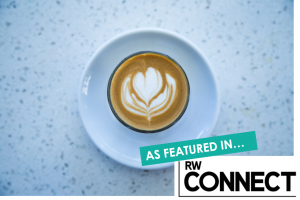 The Evolution of Happiness: Authenticity

The Evolution of Happiness: Escapism