In part three of our series, we focus on the Millennial mind-set in Shanghai, exploring the culture, forces for change, and what our happiness drivers mean for Shanghai Millennials using the framework outlined in our previous article.

THE CULTURE: WHAT DOES IT MEAN TO BE CHINESE?

China is a collectivist culture where great emphasis is placed on a harmonious relationship between the individual, the family and society. The Chinese respect reputation, position and ‘knowing one’s place’. This is the concept of ‘face’: a combination of emotional investment, worth and social interaction, which roughly translates as honour, good reputation or respect.

The Chinese are extremely success-orientated and driven; many will sacrifice leisure priorities in order to work harder and for longer and wealth is strongly tied to an individual’s sense of identity and social status.

The gratification of personal desires is often restrained by social norms which enforce that indulging is somehow wrong.

Today China is more globally connected, affluent and digitalised. But many things haven’t changed; the structure of Chinese society – the relationship between individual and society – remains intact.

FORCES OF CHANGE: THE ECONOMY

Unlike previous generations in China, Millennials grew up during boom years of double-digit growth and without the scarcity that their parents and grandparents had come to know. They are also a generation that is much more familiar with the power and influence China now wields as a result of that growth, having experienced events such as the 2008 Beijing Olympics, and China becoming one of the world’s largest economies.

Despite a sluggish economy today, Chinese consumers continue to spend as they enjoy ever-rising levels of disposable income. The urban middle-class also continues to grow and their numbers will be bolstered in coming years as incomes rise among rural consumers.

Alongside China’s rapid economic growth has been a worldwide proliferation of new technology, bringing with it new forms of communication and increased exposure to foreign culture and ideas. The number of internet users in China increased more than ten times over the course of a decade, with more than 500 million Chinese online today.

Telecommunications have allowed Chinese Millennials to communicate with each other through social networks on a scale that would have been impossible in previous decades, and created entirely new forms of communication.6 Millennials use the internet even more than other cohorts, not just for staying in touch and shopping but also to gather information, reviews and advice. The personal microblogs of stylish internet celebrities and online communities are now more important than traditional media when it comes to setting trends and discovering new ideas.

As children of this gigantic shift, a massive gap exists between Millennials and their parents. The pace of change has been so swift that Chinese Millennials are often divided into two groups – the post-90s generation and the post-80s generation. Born into China’s one-child policy, many enjoyed the undivided attention of both parents plus two sets of grandparents. But as a single child they also face pressure to excel with the burden of taking care of the family often resting on their shoulders.

Chinese Millennials have also grown up exposed to a westernised view of the world and the lure of consumerism. Educated, vocal, and opinionated, they have a more outward view of life and what’s to come.

KARMA: A SENSE OF FREEDOM

Because of China’s rapid transformation, Millennials have enjoyed freedoms that former generations were mostly denied. Previously one’s danwei, or work unit, would have been intimately involved in decisions regarding work, marriage, travel and children. Today, however, Millennials are largely free to make these decisions without the interference of the state.

Outbound tourism has also increased massively in recent years, with Millennials being a key driver. Unlike older generations of Chinese travellers, they are more likely to shy away from tour groups and organise their own trips. They are also more hedonistic, less price sensitive, and love to share their trips on social media channels such as WeChat. More broadly, they “search for meaning” through travel, crave global connections and look to a wider array of role models.

Economic growth coupled with greater independence has allowed Millennials to be choosier when it comes to their careers. Millennials are much less tolerant of working overtime and eager to obtain a balanced lifestyle, scheduling in time for leisure so they can present themselves as the type who “work hard, play hard, and spend hard.”

In keeping with this new found feeling of individuality, night time social activities in Shanghai are no longer confined to bar-hopping or binge watching TV at home, but are taking all shapes and forms. The revival of Chinese bike culture is giving Millennials the chance to show off their passions and unique style, rather than just spending money in a bar.

Increased time pressures and the everyday stresses of living in Shanghai are making young people much more willing to pay more in order to ‘go first’, skip the line or get rid of unwanted tasks and duties. This is part of a more general ‘me first by virtue of my resources’ attitude.

Busy urban workers, in particular, are stretched so thinly between work, sleep, commuting and leisure activities that they will now hire someone to do nearly anything they don’t want to waste time on – from waiting in line at the hospital to visiting relatives on their behalf. Professional traffic jam drivers are summoned when drivers hit gridlock and fake girlfriends can be employed to show off to parents during the Chinese New Year.

RELATIONSHIPS: A NEW APPROACH TO MARRIAGE

Marriage is a key life stage in Chinese culture and more recently influence from the West has seen weddings flourish into a multi-billion-dollar industry. For parents, the joining of two families is not only an incredibly important decision, but the wedding of their only child is also a great opportunity to flaunt their nouveau Chinese prosperity.

In sharp contradiction however, Shanghai Millennials are experimenting with stripped-back approaches to marriage. Rising in popularity is the ‘naked marriage’ which denies the extravagance of a modern Chinese wedding. To be truly naked in matrimony, the couple must obey the “five nos”: no ring, no ceremony, no honeymoon, no flat and no car, while ‘flash weddings’ see a couple marry within a month of having met, and represent changing attitudes towards romantic love over the practical benefits of marriage.

Millennials have now entered a key transition period while the country’s economy slows. As the financial reality of a rapidly rising cost of living hits, the inability to control external factors has forced young consumers to turn inward for change. Interest in a Japanese-inspired minimalism movement, emotional intelligence and personal self-fulfilment are on the rise as Millennials begin to rethink consumer culture. They are looking beyond physical products when making consumer decisions – they seek meaning and want to be inspired by experiences. 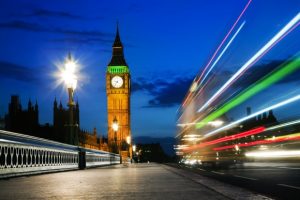 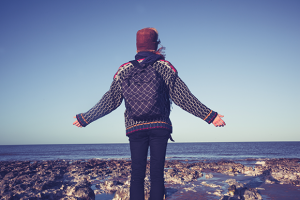